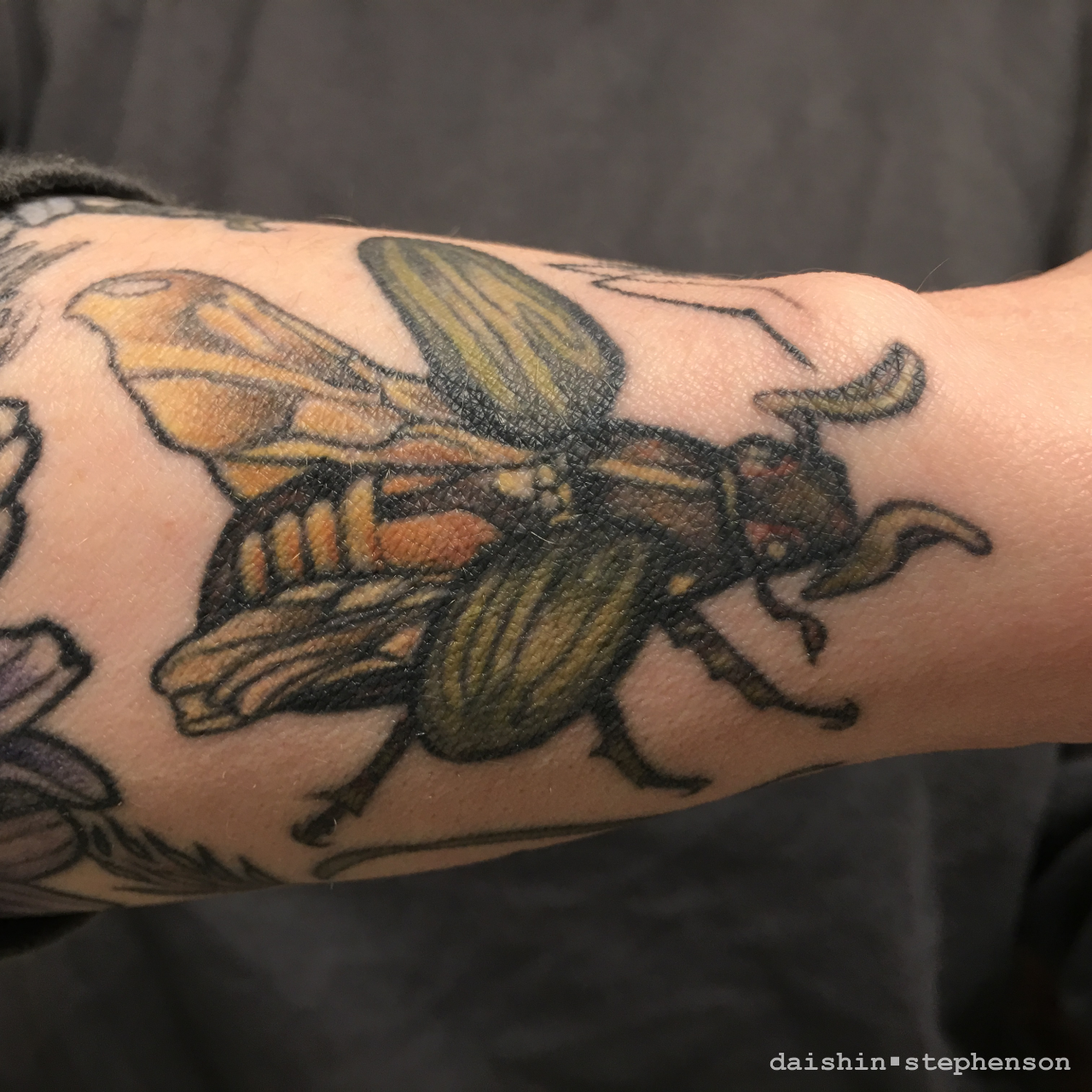 when i was very young, say three or four, my grams tied a thread around the abdomen of a live june bug. after tying the knot, she passed me a living kite.

the june bug died from exhaustion (and possibly fear, for sentience is everywhere) from not being able to escape and rest. i kept its carcass for years till it finally crumbled after being jostled in its box.

this is why i have a june bug tattoo; to always be reminded that our actions have impacts.

Reading Yourself as a Map

I used to hike with a friend who was a map enthusiast, and I told him maps didn’t seem to help me to avoid getting lost. He told me, “That’s because you want the map to show you where to go, but that’s not what maps do. What they do is show you where you are.”

I didn’t understand what he meant, but, more than twenty years later, I think I finally have an idea of how knowing the route to where we think we want to go is not the same thing as knowing where we are. We might know where we’re trying to go, but we rarely know where we are.

Nearly all of our thoughts are comparative — comparing how we’re doing to how we perceive other people to be doing, comparing life to how it used to be, or how we hope it will be in the future, or how we think it ought to be now. We compare ourselves, who we are and how we are, to who and how we think we ought to be, or we compare ourselves to other people. We’re not reading the map skilfully, and so we’re lost.

What if we stop thinking about where we should be, and just read the map? What if we let it show us where we are right now? Can we take that instruction as it is? What if we look at who we are, how we are, the situation we’re in, without comparison or story? Then we might find that we have what we need. If we look at what is, rather than what isn’t, at who we are rather than who we’re not, it may be interesting and it may be wondrous and it will certainly be perfect, because we find out where we are. We are no longer lost.